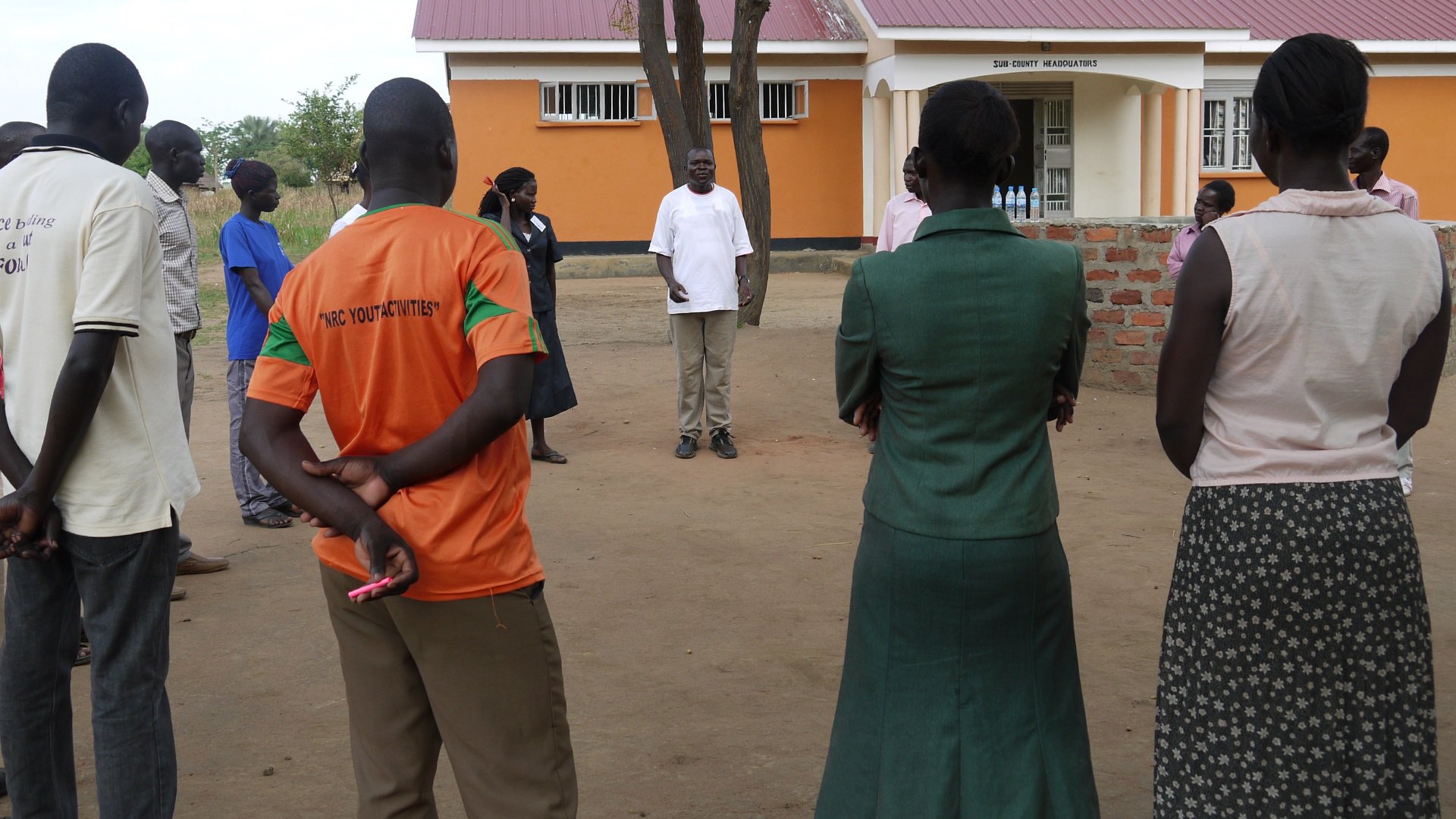 Robert is a prosperous farmer who lives in northern Uganda, where he grows peanuts and cassava as cash crops to support his wife and three children. Robert’s oldest son is attending Makerere University. He’s the first member of his family to go to university, a Robert couldn’t be more proud. He has always believed in the importance of education -- a belief that was solidified during the decade he spent working for Right To Play during one of the biggest refugee crises in the world.

As a field facilitator, Robert was on the frontlines of the crisis, showing groups of volunteer coaches and teachers how to use play to empower refugee children with knowledge and experience that would reduce ethnic strife and protect them from HIV/AIDS.

Decades of conflict in South Sudan, the Democratic Republic of the Congo, and the Central African Republic have created a refugee crisis centered in northern Uganda that has led to 1.4 million refugees and internally displaced persons living in 11 massive camps scattered around northern Uganda. Many have come because of Uganda’s progressive refugee policies. While Uganda is not a wealthy nation, unlike many other countries, it provides refugees with comparable rights and social services to its own citizens.

The stress of displacement and of moving into semi-permanent and cramped living conditions with strangers from different ethnic backgrounds can lead to tension in the refugee camps. Members of groups living together in the camps may still have family members in their home countries who are fighting one another. Children growing up in these conditions internalize adults’ prejudices and suffer from a lack of social cohesion and disconnection from their neighbours.

The refugee crisis has another side to it as well. HIV/AIDS is rampant, with more than 1.5 million people in Uganda affected. 10.2% of refugees and other conflict-affected people in northern Uganda are HIV-positive. Only 65% of children with HIV/AIDS in Uganda receive regular retroviral treatments, and refugees or internally displaced persons are least likely to be able to access treatment.

Robert grew up in a farming family outside of Lira in northern Uganda, in the same district that’s home to several of the largest refugee camps in Uganda. He started working on community development and HIV-prevention in 2006, eager to help Ugandans and refugees to integrate and work together to improve life for everyone in the region.

“A ball is a small thing, but it’s amazing the impact it can have on a life.”

Right To Play's work in Uganda at that time brought refugee and host community children together to play sports and facilitate discussions about preventing HIV transmission. The games helped children from different communities get to know one another, relax and create a safe space where they could talk about how to protect themselves from HIV. Robert had heard Right To Play was working on HIV prevention, so in 2008 he applied to become a field facilitator in northern Uganda.

But when Robert showed up for his first day of training, he had a question about Right To Play’s play-based methods: How could play help refugees and people living in poverty? Robert’s experience was with traditional education methods where an educator lectured children about a topic while they sat quietly and listened. He shook his head, not convinced that play would be an improvement over lectures, and told the country director leading the training that he was resigning.

But she refused to accept his resignation, and she insisted he stay and learn more before making a decision either way. 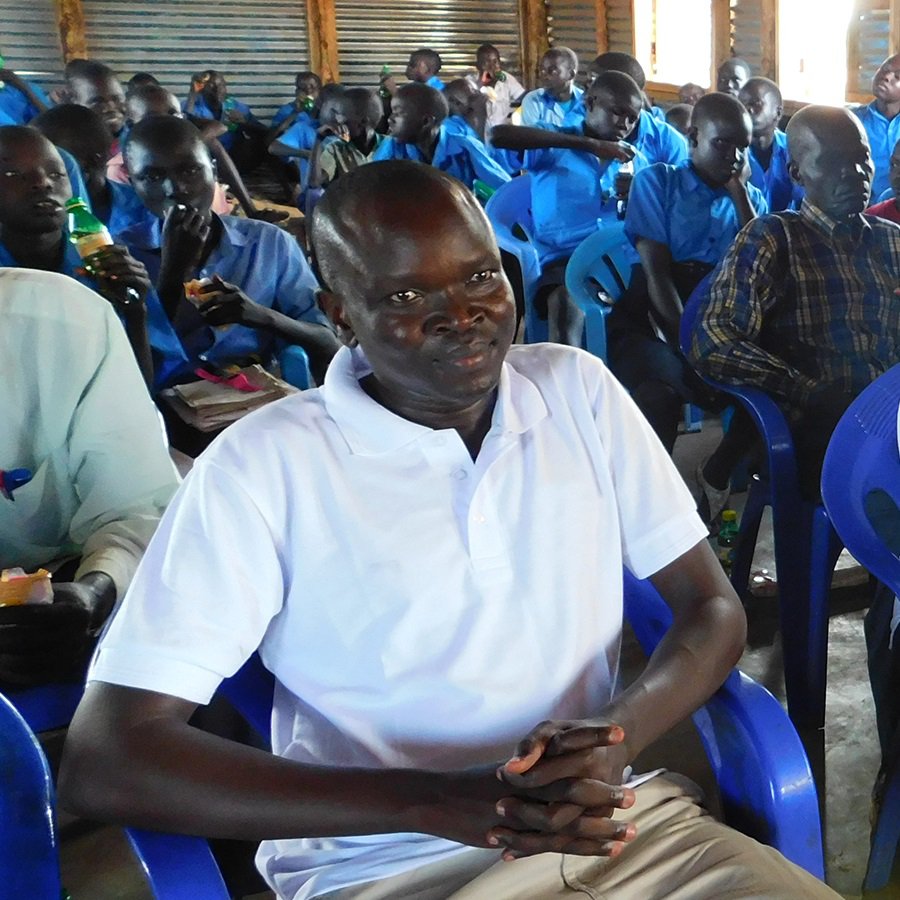 For 20 years, Right To Play has been using play-based methods to empower a generation of children to overcome adversity. But for people encountering the idea for the first time, like Robert, it can be hard to understand how play helps children finish school, stand up for their rights, or protect themselves from disease.

Play-based learning and sports for development are empirically proven to work. studies show that using sports for development – getting kids and teenagers to play sports together – promotes social cohesion and peace within and between communities. Playing games with other children creates stronger social connections to a child’s own community and breaks down prejudices and barriers between communities, interrupting the cycle of mistrust and escalation.

Robert’s supervisor showed him some of this evidence and explained how Right To Play used sports for development to calm tensions in the region. Parents whose kids were playing together were less likely to fight one another. Play could create spaces where different communities jostling one another could come together peacefully and learn to collaborate.

The supervisor also told Robert about how the use of play-based learning goes beyond just sports. It’s widely used in internationally renowned educational systems like Canada’s and Finland’s as a way to unlock children’s academic potential. Using a combination of unstructured and guided play activities helps young children develop creativity, self-regulation, and an ability to set and follow-through on goals. Those skills serve as the foundation for later academic success. 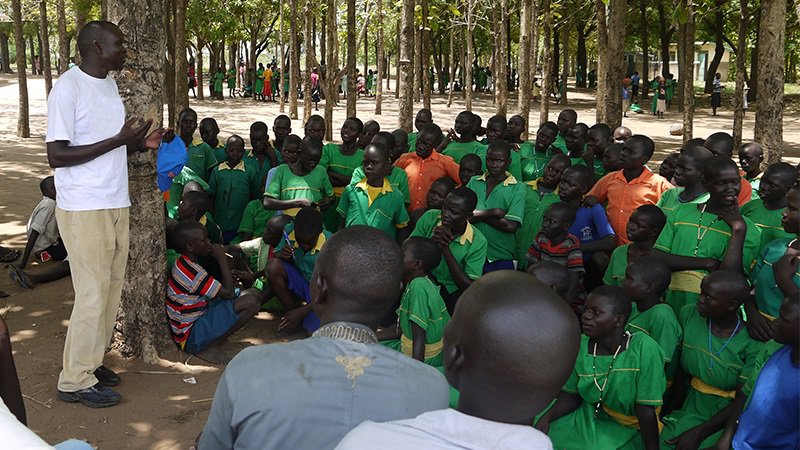 In older children, play creates an eagerness to learn, improving the ability of youth to pay attention to, retain, and recall information, and giving them the confidence to continue in their education even when they don’t immediately grasp an idea.

It’s not just effective with children either. The very training Robert was receiving used the same active approach to teach the coaches and field facilitators how to run activities. The director challenged Robert to give it a try, stick with the training for a few months, and make his decision about how he felt about it after that. Robert agreed, and was amazed during his first session applying it with kids in the program. Playing together really did get them to pay attention and open up during the discussion afterwards to a degree that he hadn’t expected.

That was the start of Robert’s ten-year career with Right To Play.

“There are many people who may be skeptical about the work of Right To Play. They need to understand how we can use sport and play to address the development challenges that children face.”

In the ten years Robert spent as a field facilitator and training officer for Right To Play, Robert used sports and play to bring peace between quarrelling groups, to share information about HIV/AIDS, and improve educational outcomes for impoverished children. While he mainly worked in northern Uganda, his expertise was in high demand across the country as we expanded the reach of our programs.

In 2016, Robert visited programs in war-torn South Sudan to train coaches in peacebuilding. In 2017, he played a critical role in Right To Play’s expansion into Adjumani District, an area that’s home to several larger refugee camps in Uganda that shelter refugees from the Sudanese Civil War. Everywhere he went, Robert’s hard work and his honesty helped him make deep connections to the local communities.

After ten years, Robert’s children were starting to grow up, and he wanted to settle down and spend time with them before they were old enough to move out. He had saved up enough money to buy his own farm and, in 2018, he retired from Right To Play. He still believes strongly in play-based education, and he spends the time he isn’t farming playing the games he learnt as a field facilitator with his younger children. He’s involved in the local school’s activities, where he advocates for more play-based activities and educational methods whenever he can.

“A ball is a small thing, but it’s amazing the impact it can have on a life.”