The Incredible Strength of a Girl

She's resilient. She's brave. She's a role model to her peers. Her passion for education has driven her to achieve the second-highest grades in her class.

But Solange* was just 13 years-old and living in rural Rwanda when she became pregnant against her will.

As her pregnancy progressed, she had to drop out of school to prepare to take care of her baby. She had once been a top student, but tradition in her village is that girls do not continue in school once they become mothers. Solange became very lonely. She could no longer see her friends at school and they stopped visiting her as she came closer to her due date.

After Jean’s birth, Solange’s mother, Ernestine, could see how upset Solange was. The responsibilities of caring for her son meant she couldn’t be like the other children in her village. And Solange missed her friends and the games she used to play with them. So, when Jean was old enough, Solange and her mother decided it was time for her to go back to school.

“Knowing that she did not leave by choice, and how intelligent she is, I told myself I could not ruin her chance at an education and so I supported her right to go back to school,” Ernestine says.

Many people in her village, even her father, did not believe that Solange should return to school because she was a mother. But with her own mother’s help, Solange fought for her right to an education against the belief that she should not. They received the support of a local teacher who remembered the bright girl who had to drop out of school. Solange succeeded – she was registered to go back to school.

When she returned, Solange joined the leadership club, run by the same Right To Play-trained teacher who had encouraged her to come back. Through play, Solange gained the confidence to fully participate in learning and in life. She reconnected with her friends, and made new ones through the leadership club. She became a leader who inspired the other children with her hard work and commitment to education.

In 2018, Right To Play launched the Gender Responsive Education and Transformation (GREAT) program with the financial support of the Government of Canada provided through Global Affairs Canada. Active in three countries, Ghana, Mozambique and Rwanda, GREAT uses Right To Play's play-based learning approach to remove barriers to education, especially for girls, and to build teacher capacity to improve learning outcomes.

As other children started looking up to her, it proved to Solange that her brave decision to return to school was the right one for her.

Solange wants to someday become a doctor, inspired by the doctor who helped her during her pregnancy. She dreams of Jean one day becoming mayor of the village and teaching other men to protect women and girls.

Solange is one of over 900,000 girls around the world who participate in Right To Play programs each week. Through play, they’re finding their voices and claiming their rights to equality, education, dignity and safety. 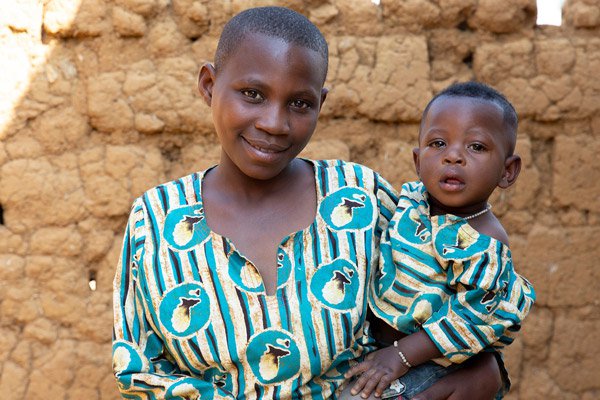 In 2018, Right To Play launched the Gender Responsive Education and Transformation (GREAT) program with the financial support of the Government of Canada provided through Global Affairs Canada. Active in three countries, Ghana, Mozambique and Rwanda, GREAT uses Right To Play's play-based learning approach to remove barriers to education, especially for girls, and to build teacher capacity to improve learning outcomes.